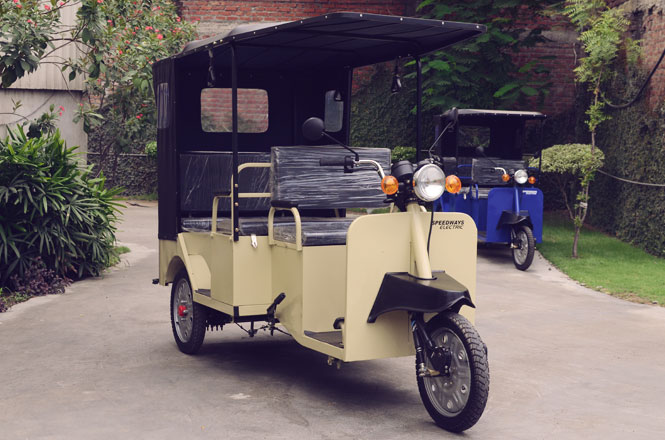 Like any new product to enter the market, electric auto rickshaws were met with the initial skepticism. The question on everyone’s mind was the efficiency and effectiveness, despite having proved to be a capable model in many countries. It didn’t help that electric bikes had paved the way – the success of which was largely questionable and didn’t quite meet the expectations that it had set out to begin with.

The hiccups only lasted as long before roads were streaked with electric auto rickshaws of every color and style. The Chinese had marked their entry with cheap built, low priced electric auto rickshaws that soon multiplied as the next big thing to hit the public transport scenario. The rules clearly stated that Low Speed Vehicles did not require registration or even a driver’s license to ply on roads. This offered employed to many people who otherwise would have had to save over months and spend weeks in learning the rules of the road. The popularity was never questionable, but the application surely was after a few months into their running.

The Rise and Fall of Chinese Electric Auto Rickshaws in India

What started as seemingly affordable soon became a nightmare with most electric auto rickshaw owners. Regular breakdowns, poor built quality, lack of service, unavailability of spare parts – were only the start of problems to come. While importers were importing these electric auto rickshaws by the container, the retailers faced the consequences with agitated customers who lost a lot with even one day of their non functioning electric auto rickshaw.